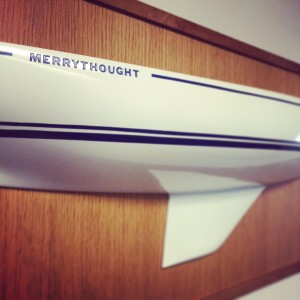 Since 2013 we have awarded a perpetual trophy in memory of Jack King called the Merrythought Trophy. This beautiful half-hull trophy is hung in our office.

The purpose of this award is to reward deserving youth participating in Charleston Community Sailing programs. Recipients of this award should display superior character, sportsmanship, and love of the sport. Nominations for the award will be accepted from coaches, instructors, school advisors, or other sailing community members and should include name and writeup as to why they are deserving. The recipients (male and female) will receive a keeper trophy.

This perpetual trophy is awarded annually at our Annual Fundraiser.